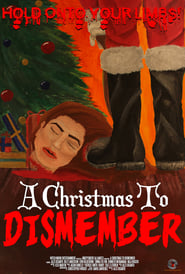 A Christmas to Dismember

Cameron is part of the most popular clique at school…and most hated. But with the beckoning holiday it seems the hatred for the group has grown. So much so that queen bitch Veronica loses her head over it…literally! Now murder has become a popularity contest thanks the Veronica’s sidekick Samantha, thinking she’s next. This seems true at Cameron’s get-together when she gets “unwrapped”. Now the teens have to barricade themselves and outsmart the killer. But twisted dreams and secret connections threaten their survival and lead to a most twisted finale. In this film, you’d better hold onto your limbs…or you may end up in your own stocking!